Where to go when you visit Lebanon - Site 9: Beiteddine

Last Saturday I attended Pink Martini's concert. A month ago I did not know who Pink Martini were, but when Beiteddine Festivals announced their program, I got curious about them and heard pretty good feedback about them from my surroundings, so I downloaded several songs, listened to them and immediately fell in love with them.

This year, the stage is different, much bigger than last year's, this time it is facing north, and the sea, is on the left, even though it cannot be seen clearly, the sunset however is just beautiful, and this is something that we didn't get to see last year, as the stage was facing east, and the sea was behind us. 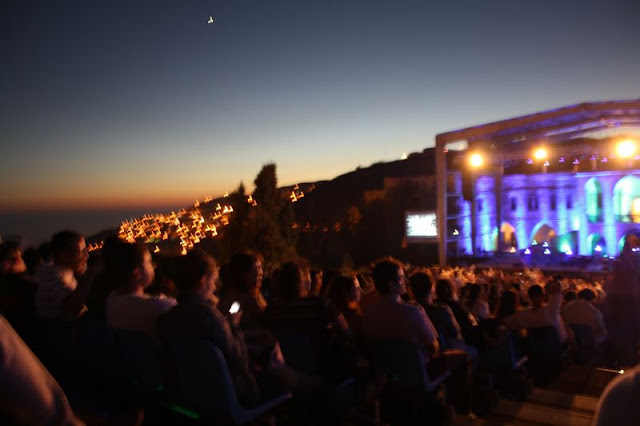 The weather was simply perfect, open air, in the midst of the 19th century palace that was built by Emir Bechir Chehab II.

Pink Martini played beautiful music, the band is huge, a diversity of instruments, the violin, the cello, the drums, trumpet, and other ones that I couldn't identify! The singer can sing in so many languages and make it sound so smooth on the ear, that is just unbelievable. My favorite was the Croatian song and the duo between the cello and the violin was simply hypnotizing.

What's amazing about Pink Martini is that you can attend their concert without having to know of or heard of any of their songs before. You will fall in love with them instantly. 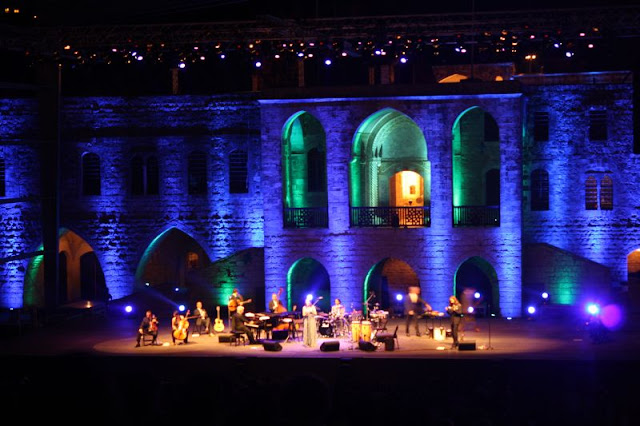 I was sitting way behind so I couldn't get close-ups of the band, so these are all the pictures we got. But luckily, we got a very nice salsa show by a lovely and very talented couple, and this show happened right before our eyes on several Latin songs by Pink Martini. I have to say, the coincidence of things was simply mesmerizing. 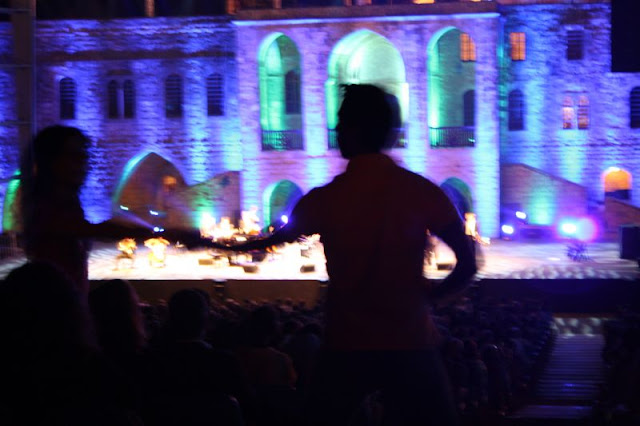 If you plan on visiting Lebanon during early summer (say July and August), I definitely recommend that you check www.beiteddine.org and see what show you would like to attend. You can simply book your ticket from ticketingboxoffice.com online.