Berlin, the city that I cannot describe but will always try to

It's quite difficult for me to recover after Berlin. This city has something magical to it, it's not the pretty city of Paris, the musical city of London, the party capital of Ibiza or the old city of Vienna. In fact, it's none of those and all of those. Almost every person who has been to Berlin answers the "what do you think of Berlin" question the same way:


It was my second time in Berlin and definitely not the last, I actually see myself returning to it often, maybe making a tradition of it, and who knows, maybe living there. Berlin now represents a place to go to every time I feel that the system is sucking my soul dry. Now don't get me wrong, I think I am one of the lucky people who have jobs they like and companies they enjoy working for. But at the end of the day, when we were made on this earth, we definitely did not plan ahead to become the specie who would end up committing to a 9 to 6 cycle kind of thing. Yet we are lucky (relatively) that the system gives us a break and allows us to explore the world on the side. 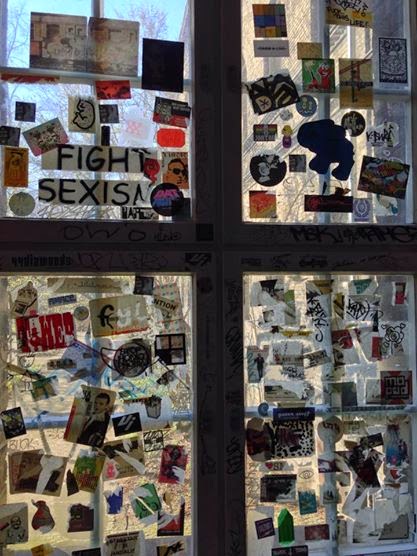 People have different priorities in life, and mine is to learn more about the world and myself while discovering the world. And that's a promise I had made myself when I started working more than a decade ago. It all started on a pretty modest salary, I saved up for a couple of years for my first 3 day trip to Cyprus. Yes, I barely made money a decade ago, my first time on a plane was at the age of 25 (and 9 months).

That year I have sworn that I would try my best to see a new country every year, then I changed that to two countries per year. In 2014 I saw 9 new countries (of course not with same curiosity, period spent or invested in it, but you still get the feel of that country anyhow). So for me to decide to go and visit Berlin for a second time in the same year means that Berlin is that satisfying and fulfilling - for me and most people I know who've been there.

Berlin is about walking around because the city is alive, so I recommend taking a lot of walking tours. If you want a touch of reality, go to the Sunday flea markets, parks where there is a lot of performers and artists trying to make it. Even if you’re not much of an artsy person, the graffiti and street art and that superbly colorful alley near cinema cafe, the decor of the random pubs you can go to (with some opening 24/7), and the galleries on the sides of the streets will revive that art flame inside you and the thirst for more.

The remarkable thing about their pubs, and my repeated positively cynical observation describes it perfectly: "it's amazing how they pick up an old place, put old furniture, glue some old posters of celebrities all over the place and you've got yourself an authentic pub" and yes, it's quite authentic because they’re not trying to imitate anybody and they’re not trying to inflict a certain déjà vu or simulate another successful pub, it is what it is.

For party goers and for an original experience, Berlin’s clubs are too famous for me to tell you what they are. Now to be honest, I didn’t club much (maybe I am getting old), but I’ve heard some clubs open all weekend long, so say you have a night shift on Saturday night, you can always go on the Sunday morning to celebrate the weekend before it ends.

Between the history on the streets, east Berlin, west Berlin the museums and checkpoint Charlie that is now super touristy yet a reminder of the ugliness of political plays that still happens until today, you feel how Berlin is moving on, becoming more international, which hopefully won’t erase any of its authenticity, a lot of new startups and pretty much becoming the next place to be. I remember in one of the walking tours I did, there was talk between the tour guide and us about gentrification, which already happened in places like San Francisco, Dublin and now Berlin. I felt guilty to be honest as the way the world is going, we are favoring the young employees with tech skills that work for tech companies, get higher salaries than the average citizen and eventually drive all prices up, from rent to lifestyle.

To end my post, I know it’s not exactly a travel entry as I did for Croatia, but that’s what Berlin represented to me. It represented a Pandora box of thoughts and history and art and organized chaos and analysis and future thinking. That’s precisely what this city is, so if you’re looking to travel to a new city and be inspired, and not only be mesmerized by beautiful ruins and rich history and art, I promise Berlin will cater to all your needs.

Bonus: Here's a timelapse I took of the crawling clouds behind the TV Tower.