Are you going to do something about Climate Change? 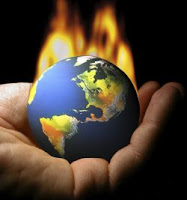 - Don't recycle (it's a waste of time)
- Don't carpool (who needs to restrain themselves with other people in the morning)
- Don't mind fossil fuel, keep it burning (better economy)
- Don't be bothered to end CO2 gas emissions, in fact encourage it (will give you power over other)
- Don't encourage alternative energy (costs too much, bad for economy, waste of energy and human resources)
- 350 parts per million is a joke
- Don't reduce your carbon footprint (the more the cooler you are)
- Don't maintain green trees, chop them off and use their wood (+ they're blocking the view)
- Don't plant new trees (view of industrial factories with gray skies are more efficient these days)
- Don't save water, waste it even when unnecessary (can't you drink oil?)
- Don't try and keep the sea water level from rising (just scuba dive to see the Maldives...)
- Don't miss having refugees, we'll have climate refugees, (now that Palestinians are living happily ever after, we want more to take care of)
- Don't worry about having coral reefs die (it's not like they are important for the eco-system)
- Don't get upset when watching glaciers melt (what good are they for anyway)
- Don't be surprised from "weather" change (1, 2, 3 degrees warmer? It's no biggy, the warmer the sexier)
- Don't keep diseases from spreading (it's fine, only those poor people in poor countries get it, we're safe)
- Don't hope for your country to become carbon neutral
- Don't be sad when you see more species become extinct (dinosaur style)

And most importantly don't have children.

Because if you do have children, in 40 years don't feel guilty when your children look at you with disappointment, with depiction, because they know that you and people like you are the reason why the earth and the world has deteriorated, and especially because you could have done something when the time was right, but instead you were just too lazy to try and help prevent one of the most dangerous and serious "MAN-MADE" crisis... You didn't keep from the negative effects of Climate Change from happening. You were an irresponsible (dare I say human?) being!
Email Post
Labels: BAD09 blog action day Climate Climate Change Global Change Global Warming