World Leaders in New York for Climate talk (Except for Lebanon) 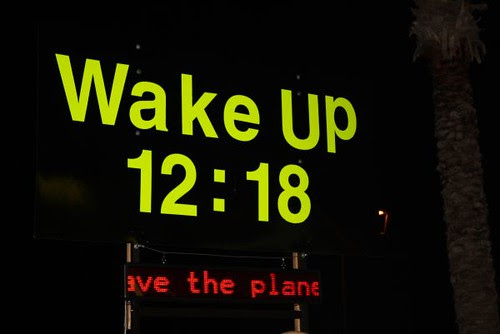 100 World Leaders such as Obama (USA), Sarcosy (France), and especially Presidents of China and India, countries that are playing a major role in the economy of this world and in the climate change issue are gathering in New York for Climate Week NYC.

Among those 100 World Leaders, most Arab countries are not present in the presidential form, and Lebanon is not even represented at all. 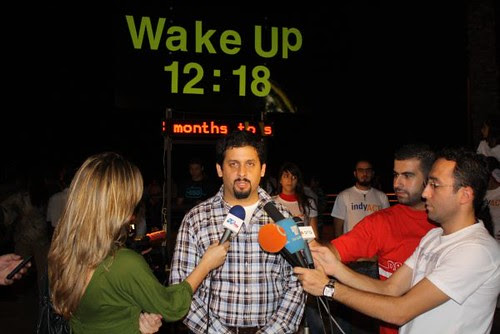 "Again Arab leaders missed yet another opportunity to defend the survival needs of the region from climate change impacts." said Wael Hmaidan, Executive Director of IndyACT. "While today’s climate summit is attended by Presidents of the US, France, China and many others, only Algeria participated at the Presidential level from the Arab region", added Hmaidan.

Yesterday, September 21st, more than 2000 actions took place in the world with one slogan "Wake up it is time for climate action".

Lebanon might not represented officially in probably the most important and fate-defining talks of our times today, however our NGO IndyACT which is always on the run, participating in all the negotiation sessions similar to COP15 that will take place in Copenhagen Denmark in December 2009, organized a get-together at Ain El Mreisseh Beirut at 8pm to which more than 100 activists, social media, environmentalists and other attended sounded the alarms of their clocks and mobile phones, honked their horns and banged their musical instruments, making a tremendous noise in a symbolic action, part of a global "Wake-Up call". The main purpose of this event was to tell the world leaders that are in New York today, one thing and one thing only "It is time for Climate action".

A solar enabled countdown clock will be put in that same spot to count the days that distance us from the most important negotiations to take place in this century, the COP15.

The purpose of COP15 is to achieve an ambitious, fair and binding agreement, a Climate Change treaty, for all countries.

In all of these sessions the Lebanese and many other Arab delegations have never taken the floor to speak even once. “The main Arab countries engaging the negotiations are Saudi Arabia and Kuwait, who only defend their oil trade. The Arab region is more than oil, and we have to know that if climate change is not addressed properly, we will lose our agriculture, water, economy and livelihood of our people in the region and globally”, declared Hmaidan.

IndyAct along with international NGOs and civil society worldwide consider the Copenhagen Summit as a key moment in our history, and call all the Arab governments to have an active and positive role in reducing global CO2 concentration in the atmosphere to 350 ppm (parts per million). 350 ppm is the concentration of CO2 in the atmosphere that we need to reach to keep the global warming below two degrees Celsius and avoid catastrophic climate change impacts.

P.S. All the text blocks indented to the right are taken from IndyACT's press release 22/09/2009.
To know more about Climate Change, 350ppm, COP15, future actions, the science and politics behind, please refer to www.indyact.org, www.tcktcktck.org, www.350.org and some posts I have written in the near past about this subject 1 and 2.
Email Post
Labels: Climate Climate Change Climate Week COP15 Global Change lebanon New York Video